The lost tribes of my wwworld 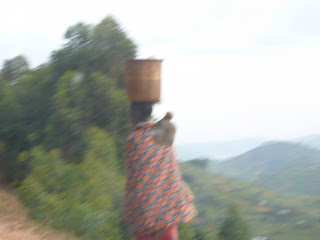 In spite of reconnecting with so very many old friends and family through social media of late, there are gaps in this virtual re-creation of my life's journey. Whole countries of people I lived with have failed to resurface in my facebook stream. How do I find those who've been lost from my tribes?

I've never been great with names, and the older I get the more I realize what a sad handicap that is... especially when you travel as much as I have. When I lived in Switzerland (both times) I was young and "fun" and honestly didn't pay much attention to peoples' last names. Today there are people I'd love to look up, whom I'd love to see again, but "Marco in Switzerland" just doesn't work well in an online people search.

The second time I moved to Switzerland was when I decided to start going by "Christina" - it's my name, but until then I'd been called "Tina" by everyone who knew me. As luck would have it, in Geneva there ended up being 5 Christinas in my circle of friends. Most of us worked at the UN, and we were referred to not by our last names, but by our nationalities. "Christina from Brazil who used to live in Switzerland" doesn't work so well in an online search either.

There are family names of friends I met in Finland that I couldn't remember if I tried. When it comes to the times I spent working and traveling in Eastern Europe, I can't even remember the first names. I wish it were customary for business cards to have a photo on them. Then maybe I wouldn't have thrown so many away.

Losing track of those whose names and faces I don't remember well is something my children may not ever have to face. As pre-teens, my older boys are able to keep track of hundreds of their friends and acquaintances from around the world. My hope for them, as they grow up internationally with these cool tools, is that they will manage them well and use them to keep their important relationships strong. There was a time, when these tools were less mature, that I did not manage them well - for a while I spent nearly every waking hour online, and yet lost track of nearly everyone who was important to me.

Once upon a cyber-time before the term "viral" was very well understood, I discovered the powerful fuel for making change happen that lies in using the Internet to share our personal stories. A 2 month personal diary about my new life as an expat in Uganda that I to 60 family and friends with a Christmas greeting quickly morphed into something very different. By a few years later, still well before Blogging became popular, my "Letters from Uganda" series was reaching a responsive audience of nearly 2,000 email subscribers. LifeInAfrica.com visitors and my email subscribers were solely responsible for helping me create an alternative microlending model, that had provided over 450 small loan opportunities to 280 Ugandan individuals. It grew facelessly really fast. Over time, writing about my work in Uganda became the only eXperience I shared with anyone.

Not surprisingly, that took on an impersonal feel to those first 60 who were actually people I cared about and who cared about me - I was no longer communicating with my personal contacts, but at them. Tragically, I actually fell out of touch with the vast majority of my tribes for several years. Soon enough, my life also started to feel impersonal to me. I lost myself in trying to remain entertaining to people I didn't even know, not as Christina but as Life in Africa's founder with professional obligations to uphold. While the community of people reading my stories helped me achieve things I never imagined I would in Uganda, I actually felt very alone.

Over time, the heart with which I kept up my growing networks of strangers diminished, until I just couldn't do it any more. During the second half of my stay, I abandoned email almost completely, and focused my energies on connecting Life in Africa members in Uganda directly to their global supporters. It was important to me to enable our Ugandan members tell their own stories. Those community relationships were also powerful, but not viral - they did not scale as broadly as the personal storytelling approach did.

Can there be room for both? Maybe. But what I've definitely learned is that defining my presence by work alone in this brave new wwworld doesn't leave enough room for my own heart and perspective to grow. When I wax sentimental about how exciting it is to reconnect with "my tribes," it's because I experienced the travesty of almost losing all of them once. Come what may, I don't want that to happen again. In addition to the me online that is my work - in whatever form that takes - it's important to create space and time for me and mine, too.