By christina - December 17, 2008
The more we can allow ourselves to see and accept new possibilities , the more we will ultimately achieve. 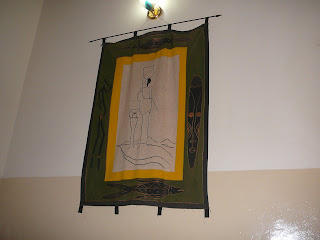 I had a really strange experience back in 2001, that I didn't understand very well at the time. I'd be lying if I told you I understand it all now; I don't know that I ever will. But all these years later not a day goes by that I don't think about it. It was one of the best worst experiences I've ever had.

The only way I know how to describe it is that I had a vision.

No, not the kind of vision you are encouraged by mentors to develop for your life or business plan, nor the kind of acquired visionary skill that gives really smart people an edge in the world. This was a bolt out of the blue - a crystal clear picture of cross-dimensional possibilities I hadn't considered before, dripping like Dali's clocks with a hope-filled intuition I could hear like a voice in my head that was speaking from the bottom of my soul. It was beautiful, exciting, and frightening at the same time. It was so BIG.

Quite Frankly, I didn't know what to do with it or how to understand what my role in it was supposed to be. All I knew was that I had seen something in my mind's eye that wasn't real, but possible, and ultimately inevitable. It had been a vision - exploding in detail right in front of my mind's eye over an intense period of 4-5 days - of a new grassroots driven macro-economic system emerging.

With the vision came an understanding of the context in which my life and my work would coincide with massive, irrevocable change in the world. Global warming, and all that implies, is just the tip of the iceberg (pun intended) of the intense changes our planet and it's people are experiencing right now, and have been for some time, on so very many levels. The "Armageddon" that many folks fear is not something that might happen someday, it's something that is happening now. I believe this to be as true as I believe that 2+2=4.

From the vision I understood with a certainty I would have bet my life on 7 years ago that the US led global economy was headed for a major crash, and that the global economic systems that we've known would dramatically change very quickly. I understood this would be really painful and scary for many people on a micro-level, but necessary on a macro-level. I saw that when the smoke and rubble cleared it would start to become apparent that new systems were already in place to carry us forward to another kind of world. Those new systems would offer a new kind of global safety net, to be woven by the new kinds of collaborative caring connections we are able to create with each other.

In the "vision," I also saw Africa. I understood that the Internet was not going away, but that it's usage by the world's poor majority would continue to increase until they became the majority online. I also understood that the global safety net I was seeing would not save us with money but with our ability to work together to plan and execute change, all over the planet, simultaneously. Action for change would become a new currency.

I understood the digital challenges Africa would face, and the non-digital divides that would need to be bridged, were Africa to participate on a level playing field in shaping these new systems. I understood that untold numbers of others were working on their own small pieces of the big picture I was seeing, and that eventually their collective efforts would become more visible in the main streams of society. Their kind of change would provide the inspiration upon which better world systems would be built.

I saw all of this very intensely in my mind's eye, and didn't know what to make of it, so started googling. Lo and behold, I discovered with an awed sense of shock that ancient religious texts from all over the world (including the Bible, which I'd never really read) foretold about a coming time of great change that should be upon us right about now, in terms that resonated very strongly with many elements of this strange "picture" of a process that I was seeing in my head. 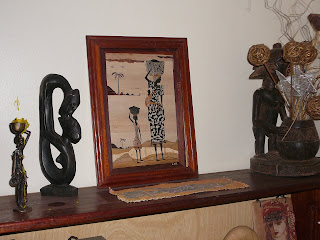 And then it got weirder.

A few days after this vision thing exploded into my life, the World Trade Center quite literally came tumbling down. Given the magnitude of what I'd experienced, and this obvious manifestation of crumbling world systems, I took the events of 9/11 as a confirming sign that the world as we've known it had indeed entered into a period of irrevocable, massive, unimaginably stormy change, at many cross-dimensional levels.

The coincidence of 9/11 coming on the tale of this bolt out of the blue "thing" that I'd experienced played weird games with my head, and many people close to me thought I had gone off the deep end. When my project and my marriage then both went up in flames around me, I have to admit I was very lost from myself for a while. Trying to explain to people what I had seen in the vision experience was a really bad idea. Try as I might, I couldn't make sense of it; it would follow that to many others it all sounded like nonsense. As I've written of before, regaining my sense of emotional stability since that time has been a process that has taken many years. But they have not been idle years.

The pathways open for bringing Africa's grassroots changemakers into the picture of participatory global development (as a vibrant, valiant collection of victorious voices) was the piece of the vision I was left with the strongest lingering mental blueprint of, to continue to examine in imagined detail once the alarming strangeness of the vision experience wore off. When I close my eyes and allow myself to look at it now (for it's still there) it's kind of like a map of a mountainous region, with many tentative paths leading to the same destination, but no main road to make the traveling easy for large numbers of people. I see a blueprint-like image of the kinds of tools and services that could enable Africa's changemakers to jump across gaps, avoid danger zones, and cross more comfortably into the people-to-people development systems now emerging.... as participants who actually matter. 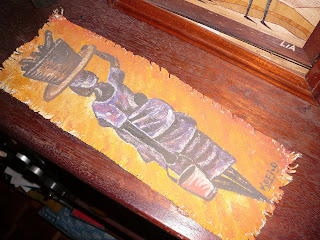 During these 7 post-vision years I have initiated one social experiment after another, designed with intent to explore and find ways around some the challenges Africa faces and will face in the systems for people-to-people impact that I believe will soon dominate our global development landscape. There have been times during these post-vision years of experimentation that I've felt lost in the mountains, wondering if I'd ever get back on the right track. Though I will probably always be a little on the wacky side, there is a consistency in the craziness that I am grateful to be reminded of when I look back and examine where I started, where I've been, and where I am now. When I re-read Ashoka's pre-vision description of my work, I find comfort in seeing that it pretty much matches where I feel like Life in Africa is right now, as I get ready to leave.

I have come full circle. For reasons that are hard to articulate, I feel pretty good about that. The new idea, as it was in the beginning, has been strengthened by both the vision and the passing of time. Not understanding what happened, or why it happened doesn't scare me any more.

Throughout these exploratory, evolutionary years, the website at lifeinafrica.com has been my canvas for trying to illustrate the the picture in my head, and engage others - both in Africa and abroad - in various forms of direct grassroots-to-grassroots participatory development. My aim has never been to build something new, but to use existing technologies foster the kinds of global grassroots relationships that can catalyze radical mind-shifts in how we all think about what we can do to make meaningful change happen. The interim picture I leave on the canvas as lifeinafrica.com transfers into the control of others who will hopefully make it their own is my last attempt to get this vision out of my head and into some kind of practical form. That part of my work is done now. Take a look.

Now that that's behind me, I am excited to see what comes next.