crY when the cutting edge bleeds 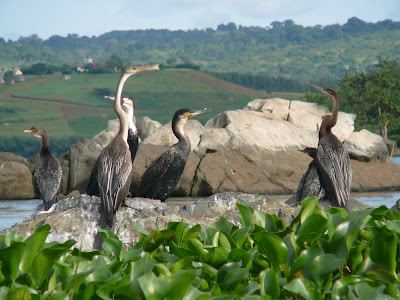 There are stories I am afraid to tell.

Were I able to find nuggets of wisdom in the wreckage, I would want to share them in a way that inspires others to do better, to be smarter, to achieve more. I fear sometimes, that I might never find them.

And yet, there is the painful process of sifting through the mess of memories that my mind's eye is compelled to try and do. I lie awake nights imagining where to begin, and how to combine the memories of magical experiences with an acceptance of how things changed... of how my understanding of what I was up against changed... of how I changed. Writing is a tool that can help me with the sorting through. But I fear sometimes, that I won't tell the stories right.

At the gut of it all, I fear that the failures are all my fault. It was egotistical of me to think that my social experiments could offer value, to people I was presumptuous enough to think I could help in ways I thought were important. Who was I, after all, to think that giving the community control would be empowering?

One of my biggest AHA moments - when I finally started to realize just how off track I was - came after years of trying to convince the Life in Africa community (mostly craftmakers displaced or otherwise affected by the war in Northern Uganda) that they could design, manage and control their own activities. The thing was, they didn't actually want that level of control, and it took them a really long time help me understand why. One woman finally explained to me they were willing to ride on the metaphorical Life in Africa bus, to wherever we were going. But if they were supposed to build the engine and drive it too, I needed to realize that they simply didn't have those skills.

Few in the community I was working with had the basic literacy and numeracy skills required to manage community programs, and most who did have those skills weren't necessarily in a position to handle the responsibility well. That left very few people capable of getting the work done. When the community did take control over activities that I initiated, it got me in trouble more than a couple of times. Does their inability ever stop being my responsibility? On the flipside, at what point does advising the community from experience become dictating what they should do?

I sometimes fear that I'm no better than the decades of colonalist-minded fools who came to Africa before me, with their misdirected intentions of "developing" other human beings to fit successfully into a foreign values system. Some have argued that a mistake the colonialists made when they left in the 1960s was not leaving a strong enough capacity behind for the former colonies to manage their own governance systems. When I think about how Life in Africa Gulu fell through mismanagement as I pushed them to become more independent, I feel guilty. I should have known.

It's also true that in post-colonial times, well intended Western "charity" has created many new monsters in Africa, and brought out the worst in some monsters that were already a part of societal mentalities here. The best of my efforts to fight against the charity mentality were simply not strong enough. At the end of the day, an offer to work together with others to create a community-based social enterprise they would all own could not compete with charities offering ready-made free services.

Participating in professionally managed foreign charity programs is far easier, less time consuming and more immediately gratifying than participating in building and owning community operated services. From a consumer point of view in the charity driven economy they know, I really can't blame them for comparing. Why did I ever think that community owned and operated would be better? I know there were once some lovely, lofty sounding reasons. Whatever they were, though, they weren't good enough to convince the average Life in Africa member that a community owned and operated social enterprise was something they really wanted. 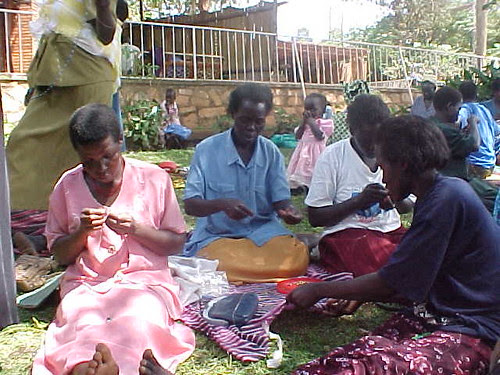 What they really want, more than any one thing as a united community, is charity to help pay for their kids' education.

Building the capacity to raise the money themselves is a nice idea, but would take too long. Meanwhile many of their children are growing up without consistent access to a structured learning environment. This is an urgent problem, that resurfaces every term when it's time to pay school fees, and causes persistent chaos and heartbreak at the family level. The amounts that Ugandans pay to educate even one child are high compared to average local incomes, and the vast majority of families have more than one child. Many have taken on caring for the children of relatives who have died.

Knowing that the school fees were there would GREATLY stabilize their lives in so many ways. I get it. I see it. I cannot deny that the need is very real. After all these years of me trying to fight against the charity mentality, the truth is there is no group I can think of who really needs charity more than these war-affected Ugandan women, for the purpose of giving their kids a better chance than they had.

After trying so hard to encourage them to define themselves as a community of purpose, I've no choice but to accept what they choose to become. It's painful for me though, to know that what remains of the innovative social enterprise ideas that Life in Africa pioneered, is a group that thinks charity is really the best thing for them after all. Maybe I was just wrong.

The cutting edge of change bleeds with unsuccessful attempts to make an impact on societal mindsets...

I sometimes fear that my heart has bled dry.